Commercial to Specialty: China as a Growing Coffee Origin

You see, China is a country of contradictions. It’s the the world’s most populous country, with booming cities: Beijing, Shanghai, Guangzhou… But what I’ve come to know and love of it is the hidden beauty of its rural south. It boasts a people rich in history, culture, and identity; a breathtaking landscape; and, most importantly, the country’s coffee farms.

I’m here to tell you about China’s coffee production, its history, and the appearance of specialty. I’m sure you’ll understand why it’s become so special to me. 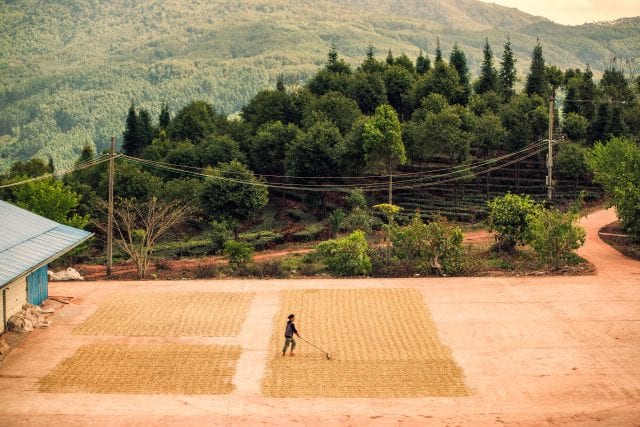 Coffee has a relatively young history in this country. French missionaries first planted it back in the late nineteenth century, but production didn’t take off for nearly 100 years – despite a government initiative in the ‘60s. It was in 1988, as part of another government-led project assisted by the United Nations Development Program and the World Bank, that coffee began to be commercially developed on a large scale.

And when we say large, what we really mean is precocious.

In the near future, we can expect production levels to continue rising, and China to continue making its way up the list of origins. 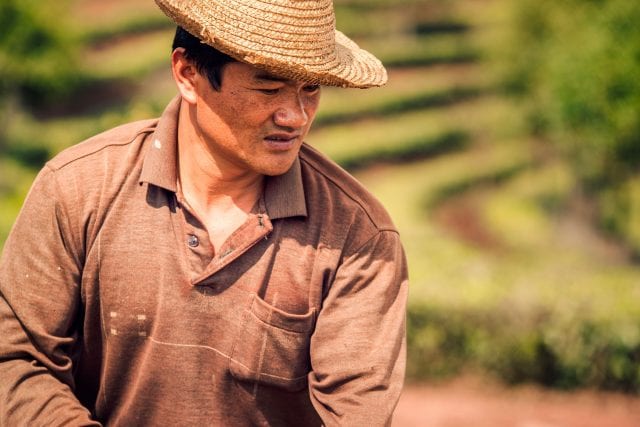 We’re only just starting to pay attention to China as a producing country, but just like other origins there are variations within the different regions and sub-regions.

The main growing regions in China are Yunnan, Fujian, and Hainan Island. Fujian and Hainan Island are known for growing Robusta, and only account for about 5% of the country’s total production.

Arabica-growing Yunnan, however, makes up the other 95%. This province shares a border with Vietnam, Laos, and Myanmar, adding to its diversity. And according to the ICO, it also has an average altitude of 2,000 m.a.s.l. Catimor (a Timor-Caturra hybrid) is the varietal of choice for most of the farmers here, thanks to its resistance to leaf rust, high yield, and hardiness.

In the last five years, significant attempts have been made to diversify with new cultivars, such as Typica and Bourbon. However, in 2013 Lily Kubota of the SCAA reported that rust has, quite literally, plagued some of the farmers attempting this.

Within Yunnan, there are several different growing regions; however, they are all mainly located south of the city Mojiang, which is transected in two by the the Tropic of Cancer. All attempts that I have seen or heard of to grow coffee north of this have proved futile, due to frost.

The extremely mountainous Pu’er Province – known globally for its fermented teas – is quickly blooming into the coffee-producing capital of China. This region, which is larger than the country of Ecuador, produces nearly half of the country’s total production according to Kubota. 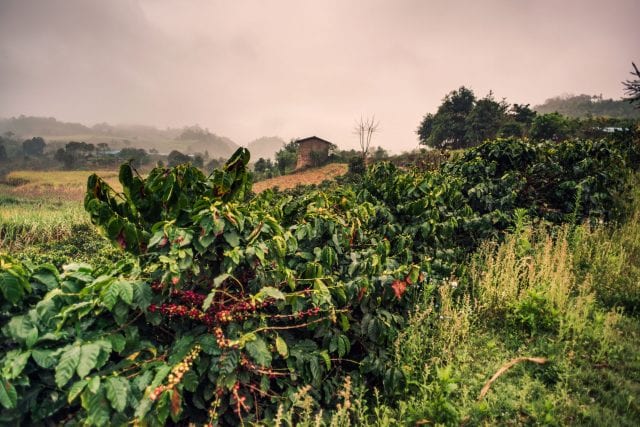 Even from the very beginning, the growth of Chinese coffee production has been driven by large corporations like Nestlé. They purchase beans in large amounts, and then use them to make instant coffee. Recently, other globally recognized names have been added to this list, including Louis-Dreyfus, Volcafe, and Starbucks.

An increasing amount of the coffee goes to the domestic market, reflecting the rapid growth of consumption (which, according to the ICO, is in double digits). In these cases, it tends to be used either as instant coffee or commercial-grade roasted coffee.

As for the exports, Germany is the main recipient followed by the USA and Belgium. Malaysia and France are also significant destinations. 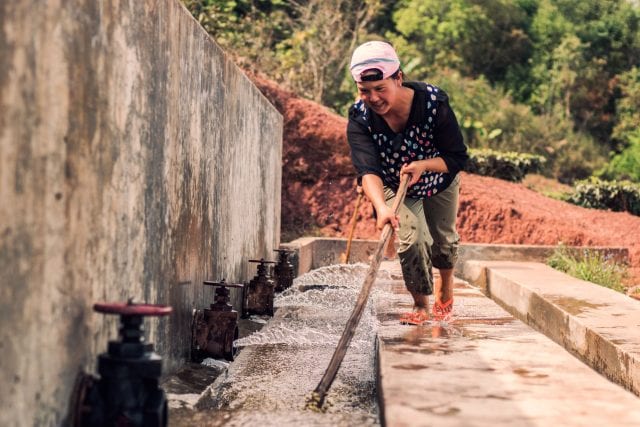 NaNu pushes coffee through the density channels on Fuyan Farm in Pu’er.

The vast majority of coffee produced here is commercial grade – meaning prices over the last ten years have been affected by market volatility as well as frost and other environmental factors.

However, about four to five years ago, producers and agricultural bureaus began to discuss specialty coffee. Rumours of the ability to obtain hundreds of dollars per kilogram made specialty attractive – but no less elusive. There were few who could advise on how to grow, or evaluate, high-cupping crops.

With the help of organizations like CQI and SCAA/SCAE-certified schools throughout the country, this has slowly begun to change. Best practices at a farm level, and better wet/dry mill processing, is enabling better quality coffee.

And in fact, in the 2015 Best of Yunnan (hosted by CQI and the Yunnan Coffee Exchange) 25 international judges cupped the region’s best-scoring coffee at 84+.

Chinese coffee may be relatively new. It may be predominantly commercial grade. And it may be in a region susceptible to leaf rust. Yet it’s clear that it has the potential to produce excellent coffee.