The World in Faces by Alexander Khimushin 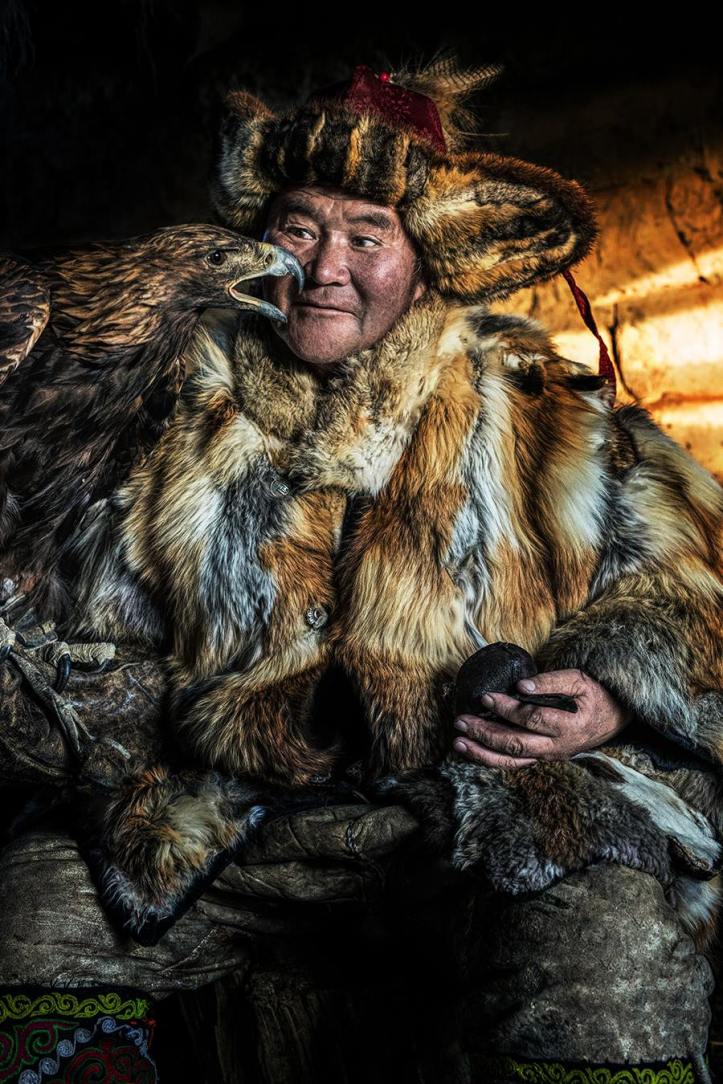 This portrait of a Mongolian Kazakh eagle hunter I publish today for the first time ever. As usually, my Facebook friends are the first people who see it!

Let me introduce Sailau Jaryk, 68. He is a berkuchi – an eagle hunter. All his life Sailau has been living in Targyn village of Altantsögts Sum, Bayan-Ölgii Province of Western Mongolia. He was hunting with a berkut bird for the last 37 years. During these years Sailau has had 9 birds, only one at a time. While on average a Mongolian golden eagle lifespan is about 25 years, Sailau told me that he never kept a bird for more that 8 years, always releasing it afterwards. This is a tradition here. The given name of his berkut is always the same – Khandybalak, which means Fearless. All his berkuts were trained from their birth. I asked Sailau if he can recall something about his childhood. “When I was about 8 years old I was looking after a herd of sheep. My horse was scared of something and ran away. I decided to walk back, but finally, after several hours, I got lost. I had to stay in the endless steppe alone all night long, it was cold, as it was autumn.” Next day somehow I managed to get back home, almost at sunset time…” Sailau and his wife Fanaya raised 7 children, all but one of them live in the same village. By local tradition a youngest son now stays with his family with the parents. Just one of his children has moved to the neighboring Kazakhstan and now lives in its largest city – Almaty. On my question what is the most important trait of a human character, Sailau says: “I think it is kindness and respect towards all other people around”. On my question what message he would like to pass on to the people who will see his photograph, Sailau said: “I wish to all of them to live in tranquility. I wish you all well-being. I wish you all to live in peace and harmony.”

PS. This photograph, among 70 other large size portraits will be presented on my personal photo exhibition The World in Faces in Atsagat, Buryatia 20-21 of July at Этнокомплекс “Степной кочевник”. The prints are made by the latest available Canon Россия technology! Don’t miss out!